IT’S BEEN 100 DAYS OF INDEPENDENCE!

It’s hard to believe it’s been 100 days of an Independent Warringah in federal Parliament! It’s been a busy few months of Parliamentary speeches and questions to the government, putting forward motions, meeting with other Parliamentarians and mixing with amazing people in Warringah at meetings and local events.

Warringah made it clear that it wants action on issues like climate change, road congestion, aged care, paid parental leave, mental health, and suicide prevention so that’s what the team and I have been focused on.

Here’s an update on the work we have been doing in Parliament and the Warringah community, drawing on our core values of innovation, integrity and inclusivity.

Taking serious action on climate change and preparing Australia for the future was one of the major issues for Warringah during the election. I will continue to call for the Morrison government to come up with a plan to decarbonise all sectors and set Australia on a more ambitious path to address climate change. There is no doubt that global warming will continue to affect many sectors in society, especially the health of our children. I introduced a motion into the health effects of climate change in conjunction with the Doctors for Environment HERE

Air quality is a central issue for our community. There is currently a proposed revision of air quality measures to strengthen ozone, nitrogen dioxide and sulfur dioxide standards. Children are most vulnerable to air pollutants as are the very frail, elderly and asthmatics. I asked a question to Health Minister Greg Hunt in Parliament about what they’re doing to make the Ambient air quality standards stricter HERE

My team and I supported the 80,000 people including children striking for climate change in the Domain in Sydney. It’s important to listen to our next generation HERE

The Morrison government has introduced an inquiry to investigate the family court system and I have been nominated by the crossbench to be their representative based on my previous career in family law.

I strongly believe that the inquiry needs to be balanced and handled sensitively. Read my thoughts to the Sydney Morning Herald HERE  And listen to my ABC interview HERE

At the end of each sitting fortnight I’ve been providing a short video to give you a peek into the Canberra Bubble (and hopefully burst it)! I’d love you to take a look at the latest one HERE

Before we head back for another sitting fortnight next week I’ve been spending a week listening to submissions on the Inquiry into Nuclear Power through my role on the Standing Committee on the Environment and Energy. The next public hearings are 16 and 28 October. You can find out more about the inquiry HERE 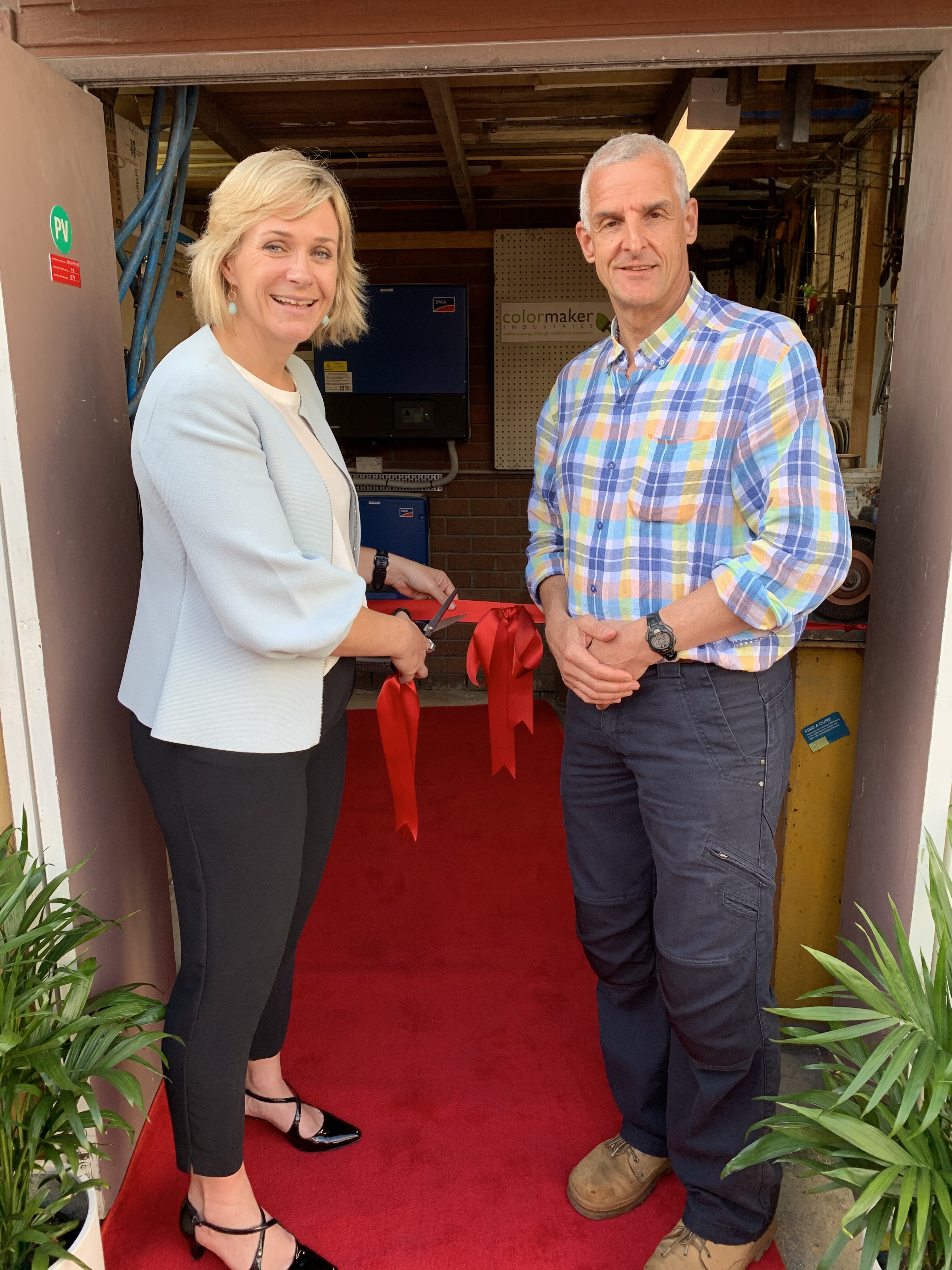 Back home, a big part of my job is highlighting the great work local businesses and community groups do in our beautiful Warringah. I was honoured to cut the red ribbon in Brookvale to officially turn on the solar panels for the ColorMaker Industries warehouse. They are now creating so much clean energy it feeds back to 15-20 local homes. You can read more HERE

On a sunny day we officially raised the NSW surf lifesaving flags to start the patrolling season. This season there’ll be 21,000 volunteers from across 129 clubs keeping us safe in the water. More information is HERE

I loved attending the Arranounbai School’s film night. The school caters for children with intellectual and physical disabilities and it was wonderful to see the films they had produced. Then of course our Year 12 students graduated, which is always a huge achievement for both students and parents around Warringah and Australia! I spoke at the Killarney Heights High School Graduation HERE

I strongly believe the next generation need to feel heard and part of the solution on the issues that will affect them. I’m writing to every high school in the electorate to create the Warringah Youth Ambassadors initiative that will bring together leaders from every school. The Warringah Ambassadors will meet with me once a term and discuss the issues that are affecting them, their friends and their families.

HELPING YOU IN WARRINGAH

Since being in office we have received over 3000 emails from people of Warringah about a range of issues including climate change, NDIS, the 5G network, freedom of the press and live sheep exports. We have created about 1330 cases from those emails and resolved 1230 of them. The team and I are available to meet and discuss any issues. Please get in touch by emailing [email protected] or call the team on 9977 6411.

Have a fantastic weekend and please forward this on to your friends and family who might not be on our emailing list. If you would like a printed copy please let us know.