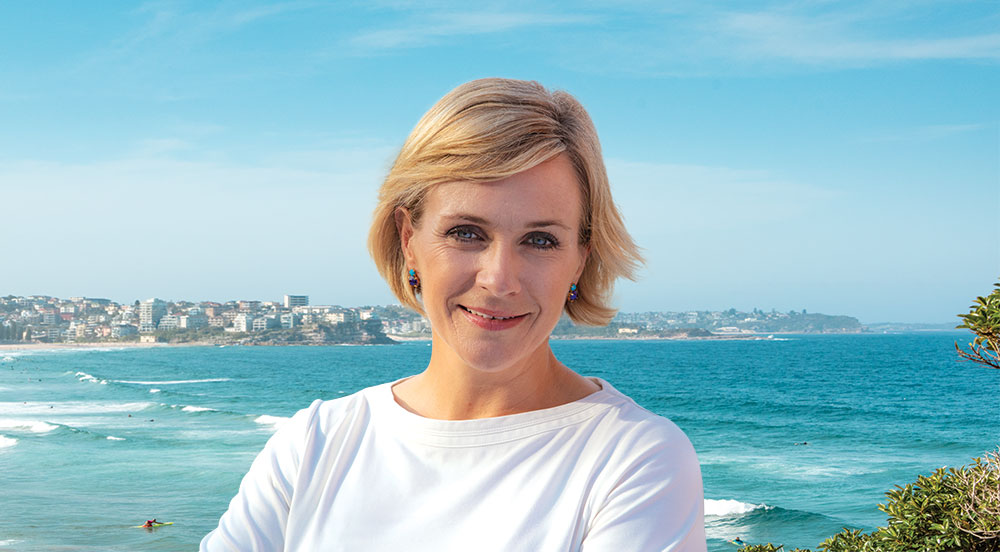 I’m Zali Steggall and I’m enthusiastic to work as your ‘champion for change’ in Warringah.

I was born in Manly hospital in 1974 and lived in Manly with my parents and older brother Zeke. During my childhood, I also lived in the French alps for a while and that is where I developed my love of skiing. Manly was never far from our thoughts and my mum, Dr Susan Steggall, documented these years in Alpine Beach: A Family Adventure.

I am from a sporting family; my grandfather played ten Tests for Australia in rugby union and my father Jack Steggall, long time solicitor in Manly, played Rugby for Northern Suburbs, Manly Rugby Club and Manly Lifesavers. I was honoured to represent Australia at four Winter Olympic Games from 1992 to 2002 and medal in Alpine skiing against the odds from the ‘well known’ ski resort of Manly!

I left Queenwood in Mosman at the age of 17 to go and compete in my first Winter Olympics and then continued my studies by passing my HSC by correspondence and completing my Bachelor of Arts in Media and Communication by correspondence during my sporting career. I completed my law degree after retiring from sport and have worked as a barrister since 2008, practicing in many areas of law but now specialising in sport and family law and acting for numerous local residents. I was appointed to the International Court of Arbitration for Sport in 2017.

I was honoured to be recognised for an Order of Australia Medal in 2007 for contributions to sport and charity and was inducted into the Sport Australia Hall of Fame in 2004.

Better than any medal was becoming a mum and raising my family in the Northern Beaches. We love raising our children in the area and being part of the local community, with our kids having attended North Balgowlah Primary School, Mosman Prep, Stella Maris, Manly Selective and Shore. They have participated in Nippers when they were young, Little Athletics, Manly Roos, Seaforth Raiders and Seaforth FC to name just a few!

I love the rewarding and challenging journey of parenthood and am motivated to ensure we provide our children with a healthy planet and the best opportunities possible. I love living in Warringah and raising my kids in our beautiful area.

I’m proud to say that I’m going to be bringing the same commitment and determination to representing Warringah in parliament. Since becoming the Member for Warringah in 2019, I have been focussed on representing your views in Parliament and being a voice for better governance and integrity, equity and protection of our environment.

My pledge to you

There are many characteristics that make a champion. The ones I consider the most important are courage and determination. They are the same characteristics Warringah and Australia deserve in their political representatives.

Courage to have vision and to dare to set big goals, to stand up and demand better representation, leadership and action on climate change, the most pressing issue of our time. Courage to ensure our children and their children do not look back on us as the generation that had all the facts and data but did nothing. Determination to make change happen, to find solutions, work and consult with experts, adjust policies and plans as needed.

And, most importantly, determination to overcome obstacles and the deniers that are actively preventing affirmative action and holding Australia back.

This is what I want for Warringah and Australia. And it’s what Warringah deserves.