We have just wrapped up the October sitting fortnight, with one more for 2019 starting in late November.

Here’s an update on the work we have been doing in Parliament and the Warringah community, drawing on our core values of innovation, integrity and inclusivity.

We will be presenting a comprehensive Climate Change Bill into the House of Representatives in early 2020. Modelled on the United Kingdom’s Climate Change Act, the legislation will set up a framework for Australia to achieve the long term goal of reducing greenhouse emissions and adapting to global warming across sectors including health, transport, agriculture and energy.

Our team is now busy consulting and working out the details. I explained why we need this bill in an Opinion Piece for the Australian Financial Review HERE

I also presented to the house a historic e-petition that received a record 404,538 signatures to call for a climate change emergency and legislation to adopt a plan for climate change. The petition was written by 23-year-old political science student Noah Bell. The e-petition follows my Motion for a climate emergency on a health basis. I spoke about it on ABC Radio National HERE

I asked the Prime Minister how the government was responding to food security being impacted by climate change. Foodbank Australia hasn’t received any drought-emergency funding, yet this month it shipped 110 tonnes to drought affected areas in NSW. Between July and September this year the need has been up 17 per cent. And about 815,000 Australians need Food Bank per year, including people in Warringah. You can watch my question and the Prime Minister’s response HERE

I spoke about raising the age of Criminal Responsibility from 10 to 14, supporting a motion by my crossbench colleague Rebekah Sharkie. I find it concerning that children as young as 10 – who are in year 4 – are held criminally responsible for their actions in Australia. I spoke about it HERE

In Warringah many young people looking for jobs are often not aware of their employment options. I spoke about why trainees should be supported through government incentives HERE

I met with Warringah resident James Fletcher and he took me through the government’s planned telephone services to replace the CapTel services for the hearing impaired. It was terrible, slow and complicated. I raised it in Parliament HERE. 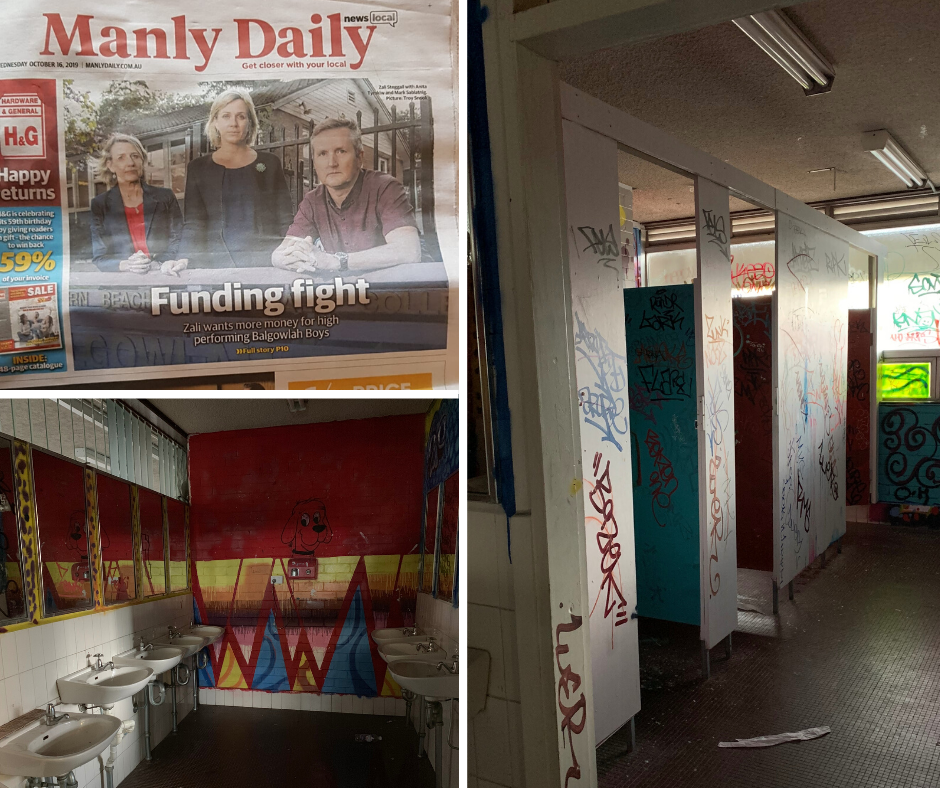 The dismal state of Balgowlah Boys Campus of the Northern Beaches Secondary College’s facilities and buildings made front page news of the Manly Daily last week. I visited the school at the request of the school’s P&C. They were frustrated their requests for refurbishment and upgrading were getting little response. I joined them in requesting immediate action.

The school is one of the best academically performing schools on the northern beaches and the teachers and students urgently need the school to be upgraded. It was pleasing to see the issue of the condition of the school being raised in the NSW State Parliament this week and there now has been an increased commitment to renovate and refurbish the facilities.

I will continue to monitor the situation. 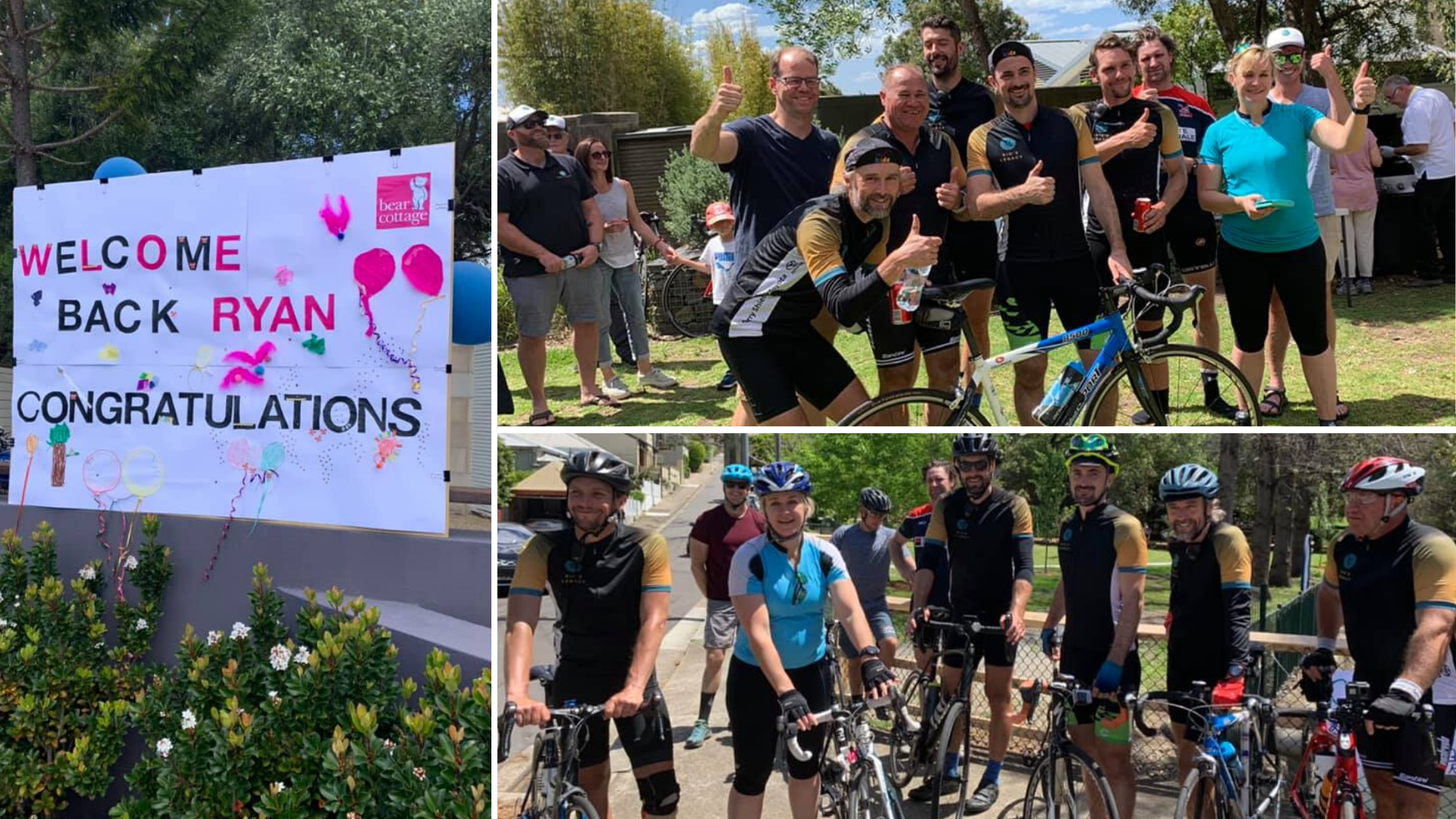 Between sitting weeks I joined father Ryan Fowler on the last leg of his amazing 2000km bike ride from Adelaide to Manly to raise money for children hospices. Ryan’s little boy Rio was cared for at Bear Cottage in the final stages of his life. It was an emotional arrival at Bear Cottage but the journey doesn’t end here. To donate to Ryan's cause raising money for Bear Cottage much needed further hospices visit: https://rioslegacy.grassrootz.com/rio-s-ride/

HELPING YOU IN WARRINGAH

Since being in office we have received over 3040 emails from people of Warringah about a range of issues including religious freedom, mental health services, the family law inquiry, single use plastics and climate change. We have created 1553 cases from those emails and resolved 1418 of them. The team and I are available to meet and discuss any issues, please get in touch by emailing [email protected] or call the team on 9977 6411.

Have a fantastic weekend and please forward this on to your friends and family who might not be on our emailing list. If you would like a printed copy please let us know.